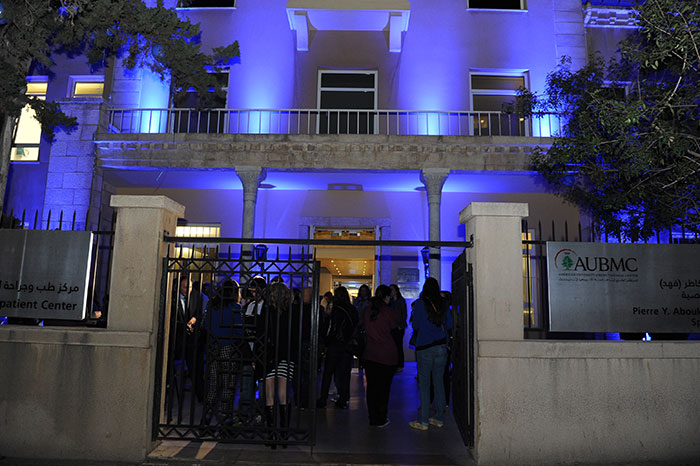 World Autism Awareness Day.  The LIGHT IT UP BLUE 2015 campaign organized by OpenMinds and the AUBMC Special Kids Clinic shone joyous and bright lights on autism by illuminating both the Pierre Abu Khater building that houses the ASKC clinic and the main AUBMC hospital in brilliant hues of blue! Thanks to efforts by OpenMinds board members, these two buildings are now listed alongside the following landmark buildings that also participated in the Light It Up Blue campaign, including the One World Trade Center, La Basilica de la Sagrada Familia, the Empire State Building, the China Millennium Monument, 30 Rockefeller Center, Himeji Castle, Taipei 101 Tower, the Helmsley Building, and last but not least, The Great Sphinx and Great Pyramids of Giza!